Netizen (/ˈne-tə-zən/): A member of the Internet community, a.k.a. "net citizen", that seeks to improve it. 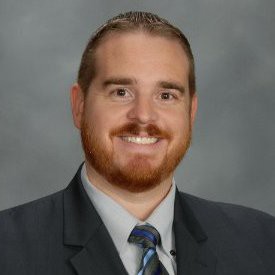 Named one of the U.S. Army's "most proficient and capable leaders" during his military service, Michael also earned a degree with honors in Computer Science from the University of Maryland and managed large scale federal government software engineering and cybersecurity programs at executive levels for nearly a decade prior to founding Netizen. He holds PMP, CISSP, and other certifications.

In his spare time, Michael enjoys working with Artificial Intelligence (AI) and Machine Learning (ML) tools, programming and contributing to various Open Source applications primarily in Python, and reading books on a variety of topics such as leadership, mathematics, security, and technology. He also has a lifelong passion for all things aerospace, and is an amateur rocketry enthusiast and private pilot. Michael also serves an Adjunct Professor for two colleges where he teaches computer science and cybersecurity courses.

After his military service and a short stint in the private sector, Michael went to work for the Department of Veterans Affairs (VA) as a Software Engineer and Data Management Specialist. There he made a name for himself in the analysis of healthcare data and software engineering support on a national level. There, Michael also served an interim position as Deputy CIO of a major VA medical network and graduated from the VA Leadership Development Institute (LDI) which is designed to train future leaders with executive potential at the agency. He then went on to lead major programs at the VA which were critical components of former Secretary Shinseki's "T21 Transformation" initiatives. In this role, he collaborated directly with political appointees and senior executives at both the Pentagon (DoD) and VA headquarters to share best practices, data, and cutting-edge tools to better serve our nation's Veterans.

After working at the VA for several years, Michael transitioned to the private sector where he led initiatives to enhance the security, compliance, and capabilities of VA systems such as VistA and others on a nationwide level. In this capacity, he directly managed large numbers of developers, analysts, testers, and information security professionals performing mission-critical work such as HIPAA compliance for Electronic Health Record (EHR) software, Veteran benefits systems, and financial management systems.

In 2013, Michael founded Netizen Corporation which would quickly become one of the nation's fastest-growing companies and amongst the most successful and innovative cybersecurity solutions providers in the country.

Government Solutions: How to Reach Us

Government visitors can view our contracts page for ways to reach us through streamlined acquisition or direct award options.

We've made it easy and affordable for government agencies to access Netizen's trusted expertise and award-winning solutions.

Close Take me there